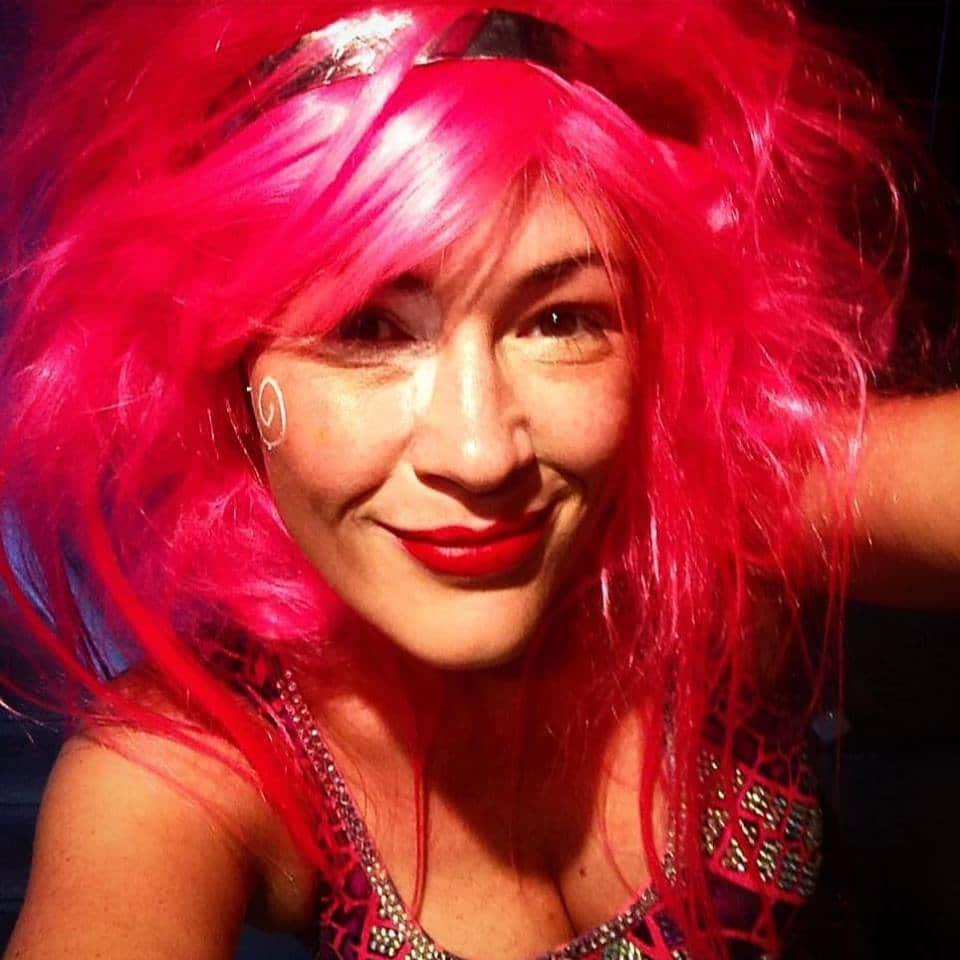 Michele Adamson is a writer, vocalist, DJ & producer. Brought up between the fast paced technology of Hong Kong and the mystical culture of England, she tours the globe performing and collaborating with the psychotronic pioneers of future music. Her debut chill out album Fallen Angel was released in 2005 with global sell-out success and her new album will be out later this year with two CDs of Ibiza-influenced music. Michele is a prolific contributor to the scene and her distinct vocals can be heard on numerous psy-compilations and artist albums such as Shpongle – Tales of the Inexpressible, Younger Brother – Flock of Bleeps, Infected Mushroom – Converting Vegetarians, Last Men Standing – This Is Ibiza.

If you find yourself catching glimpses of holographic UV material flashing in the corner of your periphery, chances are Michele is around.

Currently touring the world with her new electro live show which she premiered at Pacha this year, Michele is also known for her high-energy, crowd-pleasing performances of material from Strange Arrangements and other trancefloor fillers, such as her collaborations with Astrix, GMS, CPU, Dynamic, & Dino Psaras, among other talented purveyors of psychedelic beats. You can catch Michele’s solo psyVocal trance, electro and chill out live shows in countries in the Far and Middle East, Europe, the US, South America, Russia & Australia.

Currently working on an new style electro live show, Michele released her second album “Strange Arrangements”, with the cream of the psy scene which was released with Fineplay (Japan) and On The Move Music in 2008.

You can catch Michele touring her solo psy-Vocal trance and chill out live shows to countries in the Far and Middle East, Europe, the US, South America, Russia & Australia. When not warbling Michele delivers wicked Dj sets of Electro, Trance and Eclectic chill (chillectro!!) as well as performing live with GMS, Shpongle & The Egg.