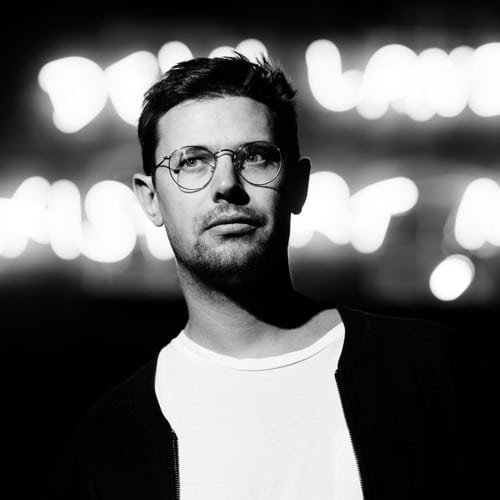 Berlin based Londoner releasing quality house and disco since 2007 on labels including Compost, Futureboogie, Freerange, Pets Recordings, Buzzin Fly and many others as well as running his own Retrofit label launched in 2010.
With a steady stream of house, disco and techno releases starting back in 2007 Jay Shepheard is now established as a well recognised staple of the genres. Since his early 12″s on Munich’s Compost Black Label, including the breakthrough track ‘Pipes N Sneakers’, Shepheard has gone on to release on a diverse range of labels including Diynamic, Pets Recordings, Freerange, Buzzin Fly, Paper, Rebirth and many more. These releases have earned him nominations for best Deep House and best Nu Disco artist in the Beatport awards as well as much praise from the press and DJ community.

As well as his studio work Jay is well known for his talent both behind the decks, with an ear for music lovingly honed during seven years working at UK online vinyl store Juno Records, and as a live artist, touring consistently these past eight years throughout Europe, Australia, US and Asia and playing at many of the worlds most respected venues including Fabric London, Panorama Bar Berlin, Arma 17 Moscow, and Secretsundaze Sonar Barcelona. This DJ reputation was also given a boost by his Resident Advisor podcast published in Jan 2012.

Having a strong discography already under his belt and keen to launch a new project Shepheard set up the Retrofit imprint in 2010. With an ear for the past and an eye on the future the label marries classic electronic music themes with modern dance floor concepts. Many releases feature himself alongside other artists including (the late great) Martin Dawson, Iron Curtis, Matthew Burton, Locked Groove, Art Of Tones, Mic Newman, Jaques Renualt and Session Victim. 2013 saw the release of the first Jay Shepheard album Home & Garden taking his signature sound out of the club and into the home listening experience.

For privacy reasons YouTube needs your permission to be loaded.
I Accept
In late 2014 Shepheard dropped his second long playing project Seeing Sound – a 2×12″ of club tracks as the 20th release for Retrofit. The project received critical acclaim with glowing reviews from respected publications such as Pitchfork, RA, Crack Magazine, DJ Mag – these words backed up by strong DJ feedback from a wide range of both undgeround and mainstream jocks including Axel Boman, Dense & Pika, Severino, Hot Since 82, Jackmaster and Catz N’ Dogz to name a few.

During 2015 Shepheard had exciting releases and remixes with labels such as NYCs Lets Play House, Bristol’s Futureboogie, Barcelona’s Galaktika and his own Retrofit – with label events at London’s Fabric and Berlin’s Watergate along with his usual touring schedule throughout Europe and the world.