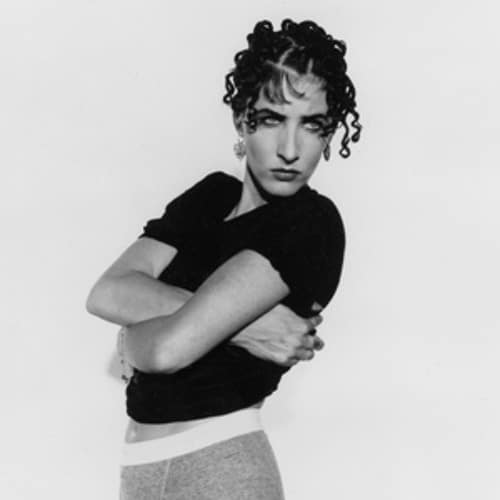 According to Caron, her first recorded appearance was on a cover of “Kid Ralph”, a dancehall track by Little Twitch. She has subsequently worked as a solo artist and with other musicians, including Erasure and Boy George.

Growing up in Marylebone, Caron lived adjacent to an after-hours party which blasted out reggae music; as a result, Geary was exposed to reggae from a very young age. It is these experiences which inspired her to write the controversial song “Everything Starts with an ‘E’” as part of E-Zee Possee, which made No. 69 in the UK Singles Chart in 1989 and was re-released less than a year later in March 1990 and climbed to No. 15 spending eight weeks in the chart.

Kinky’s first solo single, the Apollo 440 produced “Get Over It“, reached No. 95 on the UK Singles Chart. Her only solo top 75 hit, coming five years later, was Everybody, released under the name “Kinky”, which charted at No. 71 on that chart.

Kinky has been touring underground, occasionally providing vocals for other artists. In 1997, she took a residency in Ibiza as “the Infidel”, operating under the name for a week before writing an album called Cantankerous and taking up the name for herself. When a member of staff at Club Motherfucker described her sound as “feral pop”,she became “Feral” and finally ended up with “Feral a.k.a. MC Kinky”[2] and “FERALisKINKY”

Descriptions of Geary’s sound have varied from a “bass driven, vitriolic sonic hybrid of grimy electronic ragga, manic house and punk rock” to a “white female raggamuffin toaster”. Caron has denounced these descriptions, saying “I can’t be bothered with people who spend large amounts of time trying to place people and music into small and narrow categories. I do what comes naturally to me, and it usually has a combination of influences.”[