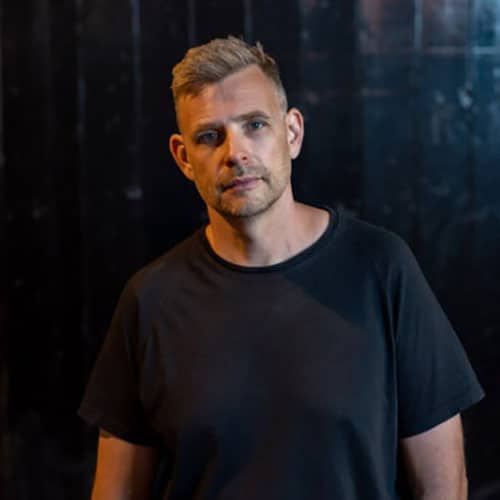 BK, a.k.a. Ben Keen, is recognised the world over as the most successful and prolific hard house producer of all time. Voted ‘Best Producer’ for six years running at the coveted ‘Hard Dance Awards’, BK has been behind some of the biggest selling hard house records ever to be released on some of the world’s biggest labels.

Credited with helping create the Hard House scene in the late 90’s, BK’s sound is ever-changing which sees him standing head and shoulders above the rest as a trend setter, rather than a follower. His “Revolution” single became one of the few hard house records to receive regular airplay on daytime BBC Radio 1, and between 1995 and 2005, he produced over one hundred 12″ singles. He was the last artist to reach the UK Singles Chart with a vinyl only release (“Revolution”) and secured six hits in the UK chart.

Ben’s talents outside of the Hard House scene have seen him collaborating with Hot Chip and Bernard Summer as part of a massive Converse campaign, joining the likes of Vampire Weekend, Pharell Williams and Paloma Faith as one of the faces of the brand. He also teamed up with fellow producer Sam Townend to create the “Tuff London” moniker and the pair have since toured the world playing all styles of house music to the masses. Indeed he has produced and performed under several names throughout his lengthy career and featured on the front cover of DJ Mag after being nominated for best British remix and producer of the year under his ‘Hot City” alias. In addition he has been involved in a myriad of writing projects and countless remixes for artists around the world, signed an album deal with leading imprint Moshi Moshi and is a regular in the DJ mag top 100