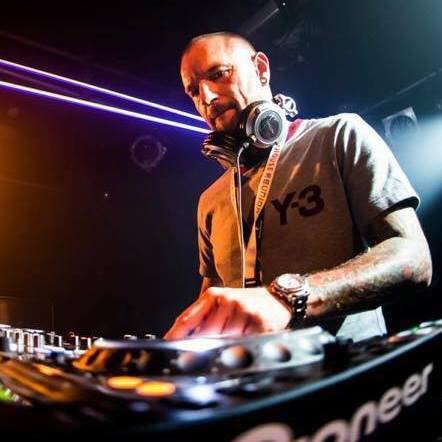 Throughout his 25 years as a producer, Paul King has been responsible for anthem after anthem and floor filler after floor filler.

From his early releases such as ‘Elevate’ on Jump Wax and ‘Kick It In’ on TDV, right through to the more recent ‘What Ya Got’ on Vicious and ‘Turn It Up’ on Toolbox, Paul’s productions have always been in a league of their own. To say Paul King had his own style just wouldn’t be fitting enough, as Paul created a whole new sound that has now been loved by hard house fans for well over a decade.
It was in the 90s that Paul first burst onto the scene and was immediately taken under the wing of the late Tony de Vit, who instantly branded Paul “one to watch” for his fresh and innovative productions. With the support of Tony and every other influential Hard House DJ on the circuit, Paul soon became a regular name on the two record labels that were THE labels to be seen on, Tripoli and Tidy Trax. On Tripoli he gave us his F1 productions and on Tidy he delivered his fiercer than fierce Trauma releases… It was under these production names that Paul dominated the scene and became an inspiration to many.

His discography reads like an A to Z hard house bible, with remixes and releases on almost every major hard house dedicated label… these include the already mentioned Tidy, Tripoli, Toolbox and Vicious, along with labels old and new such as Trade, Deprivation, Knuckleheadz, TEC, Short Circuit, Flashpoint and Chug N Bump to name just a few.

After retiring from hard house in 2007 Paul has gone on to create various projects. His label Electrotek saw him move his style to Electro and Tech House, and was instantly recognised as the new “Paul King Sound”. His remixes of Armand Van Helden’s ‘New York City Beat’ and Fedde Le Grande’s ‘Put Your Hands Up For Detroit’ were released on their respective labels to wide acclaim. Since then he has gone on to release the third album in the Trauma Trax series, a greatest hits album, and write scores for film.