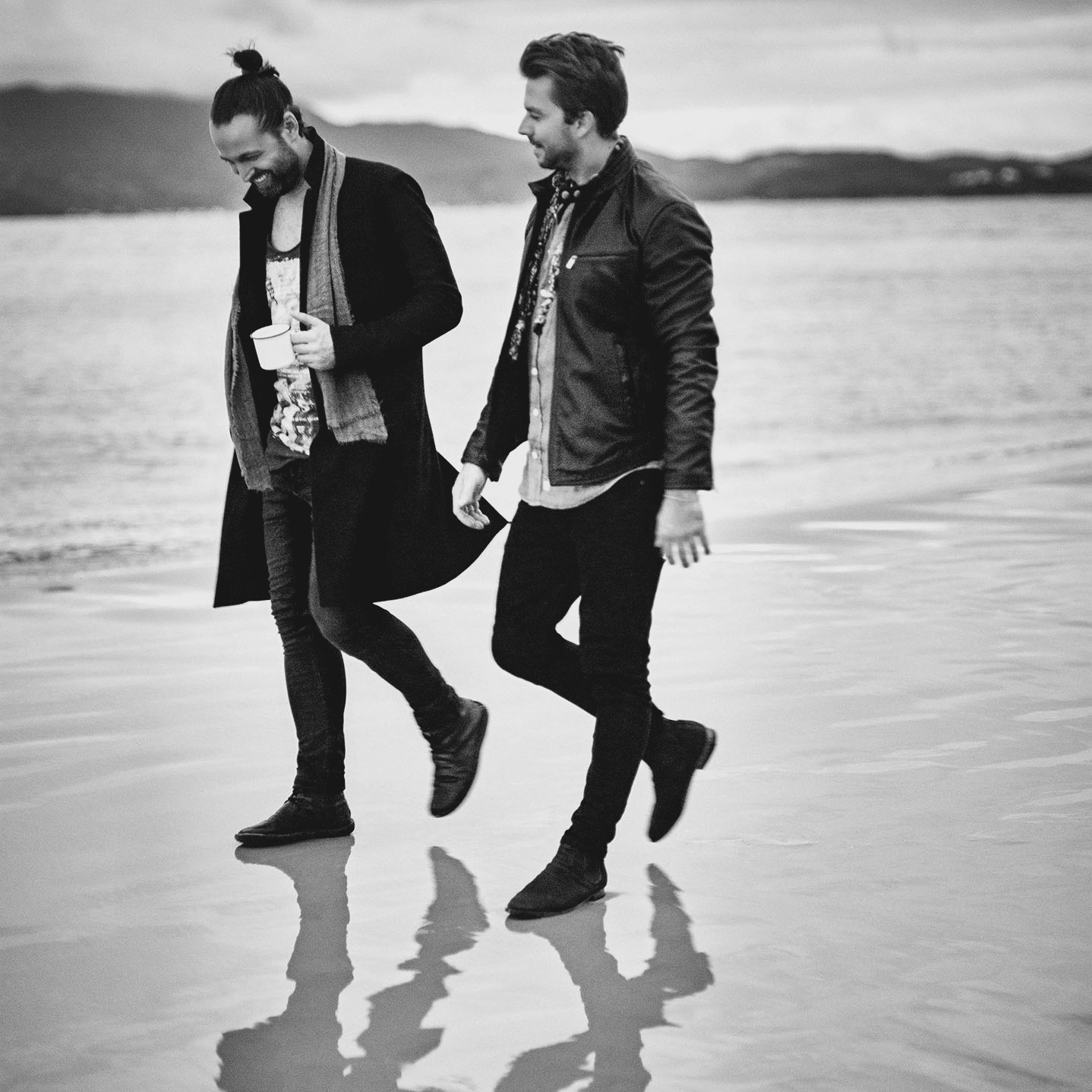 It all began in the summer of 2012 with ‘Wish’, a limited edition vinyl release in honour of legendary blues musician Muddy Waters. The wax soon found its way around the Brazilian electronic music scene and it wasn’t long before a fan had digitised the album and posted it online. Hundreds of thousands of listeners were drawn to the record and speculation about the mystery artist behind it was rife. Gui Boratto was most people’s guess but it was the Brazilian DJ (a future collaborator) that would eventually reveal the identity of the talented duo behind the album. Elekfantz had arrived.

Daniel Kuhnen and Leo Piovezani have known each other for more than two decades, initially playing together in a blues band as teenagers. While Leo continued his career as a professional musician and songwriter, playing with some of Brazil’s greatest artists in a career spanning 20 years, Daniel followed another artistic path. He was drawn to electronic music of South America and eventually became resident DJ at a local club. It wasn’t until years later that their musical paths crossed once again and an electronic duo was born.


For privacy reasons YouTube needs your permission to be loaded.
I Accept
‘Diggin ‘On You’ was released in 2013 on Gui Boratto’s label, DOC, and distributed by Germany’s Kompakt. It was the second best-selling song of its kind that year and spent more than three months in the Beatort top 100. A huge summer hit, it was remixed by Solomun and played on radio shows, charts and podcasts by such diverse artists as Chromeo, Pete Tong, Fedde Le Grand, Michael Mayer, John Digweed and HOSH, as well as licensed for dozens of compilations including Pacha Ibiza, Ministry of Sound, Defected, Global Underground, Es Vive Ibiza, Future Disco & Bargrooves among others.

For privacy reasons YouTube needs your permission to be loaded.
I Accept
After a year spent in a studio between Florianópolis and São Paulo, the duo released their debut album on double 12 “vinyl. ‘Dark Tales & Love Songs’ has the intimate melodies, organic feel and sensual harmonies that Elekfantz soon became famed for. Shortly after the release, they began a three-month tour of eleven countries and some of Europe’s biggest clubs and festivals.”They just sound different, handsome,” Gui Boratto commented, “real musicians.” The rest, as they say, is history.

The Brazilian duo have since feature on festival line-ups across the globe. They started 2014 playing the Brazilian editions of Lollapalooza and Creamfields before embarking for the European summer and debuting at Melt! Festival in Germany and Nowa Musyka in Poland among others. They finished the year playing in Tribaltech, XXXperience and Dream Valley and in early 2015 were one of the highlights of the first Brazilian edition of the Belgian festival Tomorrowland. North American shows quickly followed with slots in San Francisco, New York, Chicago, Washington, Toronto and Montreal.

Working closely with conductor Jeferson Della Rocca and the Camerata Florianópolis was a career highlight, with several Elekfantz tracks beautifully arranged and impeccably orchestrated for a series of concert at theatres all over Brazil.
In the 2014 edition of the Rio Music Conference RMC Prize Elekfantz brought home prizes in two categories: best track for ‘Diggin ‘On You’ and best live act.