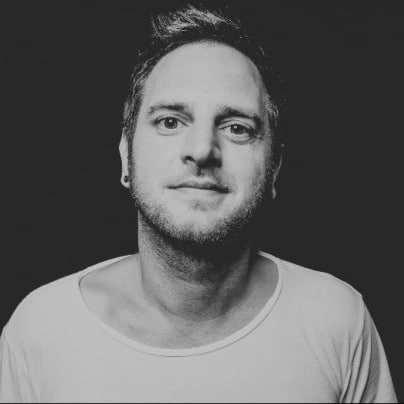 Whether it´s lengthy, introverted and relaxed piano passages, or the novelty sound of the hang instrument, animal samples from the country side, exotic drums, interesting use of voices and song structures, or just plain fat tech house sound, Grub, who was born in Frankfurt, makes it unpredictable what´s next, and never limits himself by thinking in conventional terms.

From a very early age onwards, it became clear that Basti´s fascination with music would take centre stage in his life. The roots: reggae music, a Roland MC 303, turntables, and life-changing trips to Omen, Stammheim, U60311, and Robert Jonson which would lay the foundation to Grub´s concept of club-orientated sound. It was just a question of time until the Frankfurter started to promote his own events, and his regular work as club DJ would serve him as a solid base in the studio. Crucial in his innocent, self-centered search was his essential quest to find the perfect drums, a benchmark sound which was omnipresent in Grubs
productions from the very beginnings.

It was down to his friend Brian Sanhaji that the results of Basti´s experiments saw the day of light, and by being supported by his mentor, Basti was able to to find his own sound: a fluid and thought-through mixture of grooving minimal techno and African vocals, swing, ethnic sounds, and the typical Grub-esque drums, his trademarks-to-be, making up the core of his essence. Not ready to compromise in any way, Basti soon felt the necessity to call into life his own imprint as his sound would stand out in the way-toohomogeneous club landscape dominated by normative music. Thought as an outlet for Grub´s own productions, Höhenregler, founded in 2008 and dedicated to playful Africa sounds, was swiftly followed up by the sub label Geregelt, a tribute to swing music combined with dub sounds.

Both labels were picked up by the Discomania distribution after a few releases, which instantly resulted in growing recognition. Not only Basti was getting well-known around the globe, his tracks also got picked up by acclaimed artists such as Ricardo Villalobos, Loco Dice, and Luciano as well as other top players. This was the definite turning point in Grub´s career. Merkesdir, founded in 2008, would add on to the spectrum, giving path to the floor-orientated “jungle house party” sound. In 2009, Grub celebrates another huge breakthrough moment with one of his tracks on Matthew Dear´s “Bodylanguage Vol. 7” mix album, and him releasing his first album “Dschungelorchester”, a true pinnacle. His debut, released twice in two different versions, is ram-packed with those varied and crazy tracks full of humor and exuberance Grub is so famous for, and becomes an instant success. Another highlight: the club bomb “Sick”, which promptly got picked up and compiled by Sven Väth on his “Sound of The 11th Season”.

His labels´ rosters would set the pace and its restless outputs would soon mark a tendency. Remixes for the Italoboys, The Glitz, Aldo Cadiz and many more go down really well on the dancefloor as they made a real difference with their wild- and recklessness, and his sound got noticed and signed up to labels as well-known as Desolat, Cocoon, Compost , Cr2 records , Movida, Get Physical, International Freakshow, Style Rockets, and many more, which soon resulted in even more EPs.
Then, in November 2011, he got joined by the mysterious studio force Basti And The Gang for the second time, and releases another, even more successful EP on Desolat Records, a massive record whose A-side “Walking In My Blues” turned out to become a huge hit while the flip broke even more boundaries and introduced the mystical sounds of the new hang instrument to the electronic music scene. It seemed like Grub found his perfect form of expression.